Broadband Internet is required for economic development and is now considered an essential residential utility. Community anchor institutions, business parks, government facilities and residential neighborhoods all require high quality broadband. Traditional Internet service providers have deployed fiber or cable in high-density regions but have forced customers onto expensive cellular services across much of Virginia. For most of underserved Virginia, a hybrid-fiber-wireless network is the best option for solving your broadband gap.

All Points Broadband is committed to delivering reliable broadband Internet to everyone, regardless of where they live. We build and operate hybrid-fiber-wireless broadband networks supported by quality customer service. Subscribers include everyone from rural homesteads to apartments to commercial buildings. Our service is ideal for community anchor institutions such as schools, libraries and numerous county administrative facilities.

All Points Broadband operates Virginia’s premier fixed wireless Internet service provider and is making substantial investments to upgrade and expand this network and expand into new regions.  We are partnering with counties to design and build broadband networks in their jurisdictions.

Our hybrid-fiber-wireless network will be the optimal solution to provide content-neutral broadband to underserved regions without ongoing subsidies. Resource constrained local governments can reduce costs by consolidating their telecommunications budgets and leveraging their underused vertical assets.

We have the expertise and capital to partner with local government and close the ever-expanding digital divide. The successful process involves collaboration between the public and private partners. First, we work with you to determine your telecommunications needs at public facilities and what vertical assets (water towers, building rooftops, tower access rights, etc.) can be used to expand broadband.  We use these inputs to design the core of a state-of-the-art hybrid-fiber-wireless network. Once this core is in place, your county can receive better service at reduced cost.  We will then invest private capital to continue to expand the network to serve the underserved areas in your county.

Depending on resource availability, the time between network planning and providing high quality broadband can be as short as six months. All Points Broadband is available to meet with your county or region to discuss your broadband needs and options. 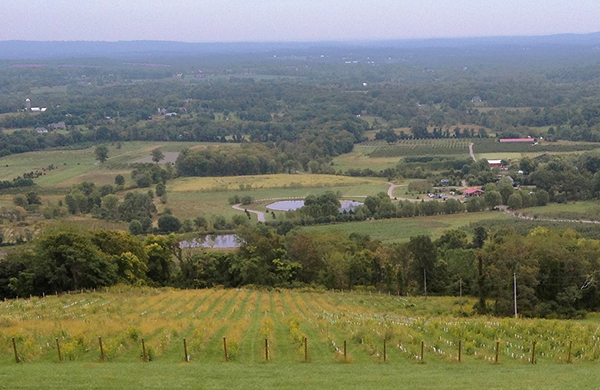 There is a section of Ashburn called Data Center Alley. Somewhere around 70 percent of the world’s Internet passes through this corridor. Yet 20 miles down the road large portions of the western part of Loudoun County don’t have Internet access. All Points Broadband, a wireless service provider which recently absorbed Road Star Internet, hopes to change that by primarily focusing on delivering Internet to unserved or underserved areas. Beginning Nov. 1 Road Star customers will become All Points Broadband customers. Over the next few months the company will be investing more than $2 million in state-of-the-art wireless equipment and the construction of fiber-optic cable.

“We know that the state-of-the- art fixed wireless equipment can deliver high-quality unlimited data to the western part of the county,” said Jimmy Carr, the president of All Points Broadband.

Carr said customers can expect to “see a five to 20 times increase in the speed over what we have now.”

A gap study was conducted by the county in April to determine where Loudoun could improve its Internet connectivity.

The study stated “there are significant deficiencies in the county’s wireless infrastructure, for both cellular and broadband.”

For decades disagreements over unsightly cell towers and indecision on the issue of connectivity have left western Loudoun behind in the race to arm all citizens with Internet.

Because of the lack of population density in western Loudoun and the higher levels of foliage, the infrastructure costs to connect citizens outweigh the money that most major fiber-optic cable and Internet companies can make.

Loudoun will have to ask residents to reconsider its past stance on cell towers and look at ways to make a business case for providing Internet to western Loudoun so students and businesses don’t fall behind in the race for connectivity.

One suggestion was to host the towers on public land. Another was to host a Broadband Summit annually to discuss roadblocks to service and a modification to planning and zoning ordinances regarding towers.

“There are all kinds of things that a local government can do,” said Carr. “Some of that is regulatory and permitting side.”

However Carr wanted to be clear that, “We are not just a wireless provider. We are purposely a hybrid wired/wireless provider. Seeing a large crop of commercial towers in western Loudoun is not that important for us.”

Carr said the technology to provide low-cost wired and wireless Internet is rapidly improving. He believes the wireless Internet his company can provide will be indistinguishable on most home networks from the wired Internet in the western portion of the county.

New residential plans will start at $79 a month for an unlimited connection.

Most other options in areas unserved by fiber-optic cable have limited data plans or are much more expensive.

Virginia Everywhere, a new Ashburn-based company, is acquiring Roadstar Internet Inc. as part of its effort to improve the quality of broadband Internet service available throughout the state.

Roadstar was founded by Marty Dougherty in 2002 to provide wireless broadband service to homes and businesses, primarily in rural western Loudoun. Over the past decade, the company has grown to become the region’s top wireless Internet service providers.

Virginia Everywhere President Jimmy Carr said Dougherty has been at the forefront of fast developing access technology for two decades and will serve as the company’s vice president of technology.

The company’s first focus will be expanding service in Loudoun using hybrid wireless and fiber-optic networks.

“We are excited about this partnership and to begin upgrading the broadband infrastructure in Loudoun County. Roadstar’s customers and their neighbors will be the first to benefit from the substantial investments we will be making,” Carr said. Roadstar has about 2,000 customers.

While the company will begin in Loudoun, the vision is broader. “We call it Virginia Everywhere for a reason,” Carr said.

“Loudoun County is the home of the global Internet and it is also our home,” Carr added. But the firm’s long-term goal is to bring broadband access to communities where the current options are too slow, too expensive or don’t exist.

“We want to provide choices and options throughout Virginia where people don’t have them,” he said.

“This transition will result in significant improvements for our customers, deployment of the newest technologies, and expansion into new areas,” Dougherty said in a statement.

Virginia Everywhere and Roadstar expect to complete the transition by early fall. Roadstar customers will receive additional updates, but are promised there will be no disruption of service or changes to email accounts.

Noting Loudoun’s Board of Supervisors has acknowledged the importance of broadband services, Carr said the company is interested in hearing from others who want to help expand Internet access—including governments, community organizations and Internet service providers seeking additional capital.

Here you’ll find the latest All Points news, press mentions and viewpoints from our team.